Where Social, Digital And Mobile Are Headed To In 2016

Digital, social and mobile is our day-to-day. It's normal, we've embraced them all, it's how we live. It wasn't like that a few years ago, and it certainly wasn't the norm for businesses but companies today are realising that without digital, they will simply cease to exist.

Realising this is one thing; taking action and actually transforming every level of a business is something different.

But it's becoming inevitable. Businesses have to react and act as technology is disrupting every aspect of our economy and society. They need to be on top of this now because we as consumers require it; this is how we lead our lives, with digital, social and mobile at our fingertips all the time.

To put some pressure on you, I want to show you some stats about social, digital and mobile from this year's research by We Are Social.

I reviewed the same study in 2014 so today we are going to look at 2016 and compare what's happened in two years. A few additional things have been added since then such as the share of web traffic which I find very interesting and useful.

Just as the old post, this one focuses on Germany and the UK as the markets I am professionally and personally most interested in.

Before I get to the details for each country here are some overall global statistics that I found fascinating and want to compare with 2014:

Key 2016 Social, Digital and Mobile Stats and Indicators for Germany 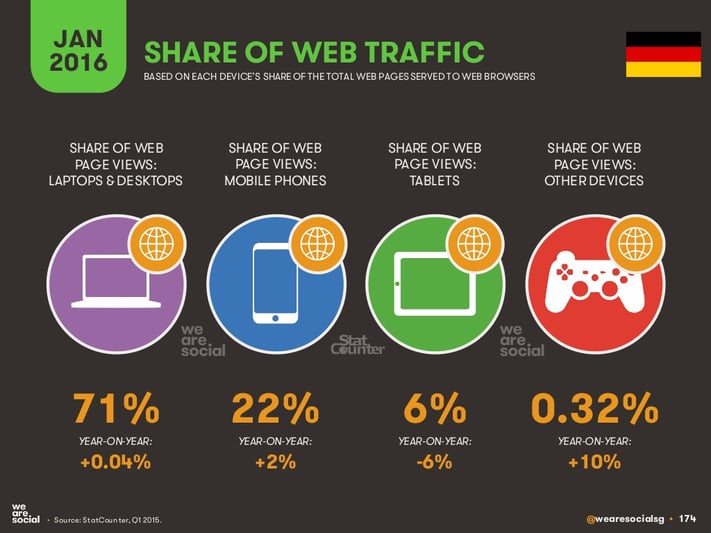 Key 2016 Social, Digital and Mobile Stats and Indicators for the UK 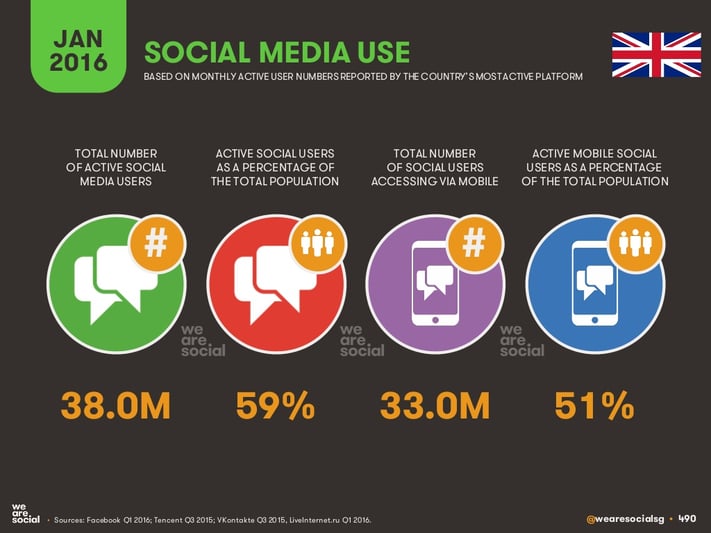 Social, Digital and Mobile Stats and Indicators for the Rest of the World:

I do urge you to read the full report in the SlideShare I'm embedding here. There's so much in there that you are going to find extremely useful; it's an impressive research!

Digital in 2016 from We Are Social Singapore

The rest of the countries you'll find in the Digital Yearbook, e.g. Ireland, Sweden, Switzerland and more.

2016 Digital Yearbook from We Are Social Singapore

Which were the most important statistics for you?

Images from the Slideshare presentation