Where Social, Digital and Mobile are headed to in 2014

It only took a decade for

new technology to completely disrupt businesses, markets and entire industries. With the emergence of social media organisations had to adapt to a much faster rate of continuous change in how society interacts, communicates, receives and finds information. Furthermore, the rapid embracement of smartphones and tablets with internet access anytime, anywhere has brought another challenge for brands as they are now required to act 24/7. Social, digital and mobile have changed our personal and professional lives to a massive extent. It’s an exciting era, isn’t it? According to a new report by We Are Social the near future is going to be even more so.

Just last week, agency We Are Social published their Global Digital Statistics for 2014. It’s an interesting read and I thought you’d find it useful too (whether out of curiosity or to help you plan your social media activities for the year), so I decided to share some of the report’s highlights.

The 180+ pages report is especially valuable for global campaigns as it covers key statistics, data and behavioural indicators for every country on Earth and presents in-depth analysis for 24 of the world's largest economies, including for example Germany, the UK, the USA, Australia, Brazil and China.

This post focuses on Germany and the UK as those are the markets I am personally and professionally interested in. You can still find out more about your countries of interest in the Slideshare presentation below.

But before I get to the details for each country here are some overall global statistics that I found fascinating: 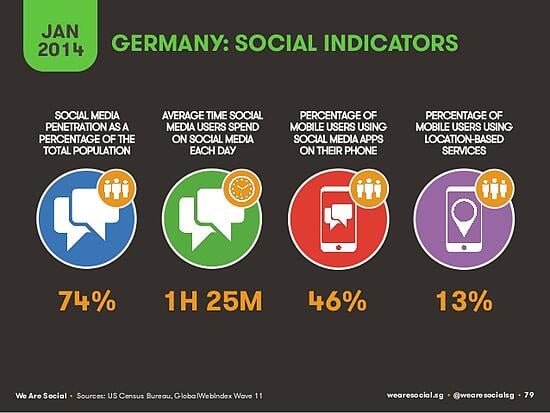 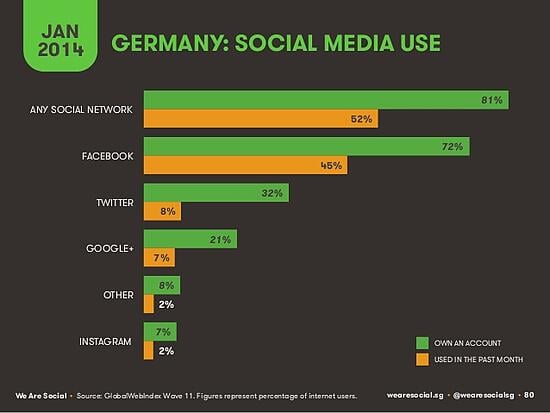 Key 2014 global social, digital and mobile stats and indicators for the UK: 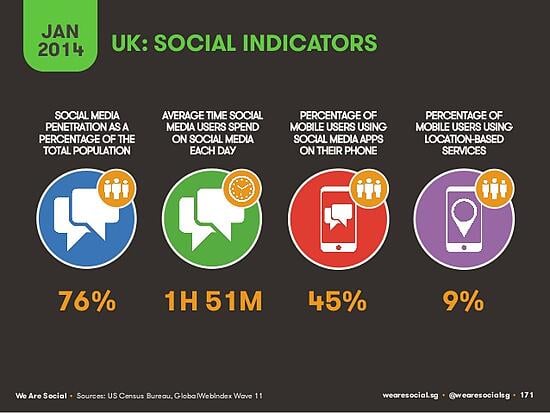 You can read the full report here: