Did you know that 350 million photos 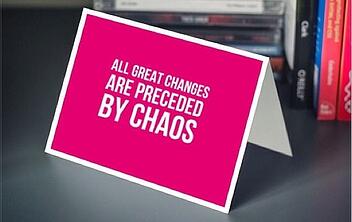 are being shared on Facebook each day? On Instagram that number is 55 million photos. That’s more than 400 million images on just two sites every single day! Welcome to the world of the visual web. It is not a fad. It is here to stay.

Just look at the rapid growth of social networks such as Pinterest, Instagram and Tumblr – people are on them and they are really active!

Visuals and photos are being facebooked, instagrammed, pinned, tweeted, tumbled and flickered every second of every day.

The rise of the visual web for business is undeniable too. The major social media players have completely redesigned their platforms to make them purposefully more visual – consider Facebook (including the new ad formats), Google+, and even Twitter.

Why did they do that? Because people love visuals.

They are easy on the eyes and the mind to comprehend, understand the information and then share this data with a simple click without having to add any further explanations.

For businesses this means that they now need to adapt their communications and leverage the power of the visual in order to reach and engage their audiences.

Not convinced? Here are two simple reasons why the visual web works according to On.com (of course presented in a visual):

These are indeed figures for the US, but according to the findings of the 2014 social, digital and mobile research by We Are Social the numbers are similar to those for other countries around the world.

Combined with the rapid growth of the mobile web, social media has allowed everyone to be a publisher and a communicator. Smart devices connected to the Internet anytime, anywhere have made it possible for everyone to create cost-effective, but still impressive and powerful content.

The old saying “a picture is worth a thousand words” holds more true today than ever.

We are visual creatures. Almost 50% of our brains are involved in visual processing and 70% of all our sensory receptors are in our eyes.

We are visual learners too: People remember 80% of what they SEE and DO, 20% of what they READ and 10% of what they HEAR. Colour visuals increase the willingness to read by 80% and attention span and recall by 82%. Generally, visuals are processed 60,000 times faster than text by our brains.

Why is that? Well, because (good) images are attention-grabbing allowing us to consume the information easily and quickly. They leave an emotional mark.

But how is the power of the visual relevant for PR professionals?

PR is about influencing audiences and adding value. What better way to do so than by using a tool that engages on a stronger emotional level than text or audio?

With the explosion of available content available, be it in the form of text, audio, video or image, to be noticed has become extremely difficult, to be remembered – almost impossible.

I suppose this is one of the reasons why 76% of PR professionals are already planning to make more prominent use of visual storytelling this year.

Optimising dynamic, interactive, visually-based content is a great opportunity for PRs and their clients to stand out. Furthermore, visuals stimulate emotion more quickly than text does, which makes them brilliant call-to-action drivers. They are also great for curation and encourage social sharing.

Content development in various forms, including visuals and videos e.g. on Instagram or Vine is one of the 10 top skills Stephen Waddington identifies as crucial for the future PR pro. However, communicating visually is not just about creating that content, it’s also about managing it. It’s one thing to have a great image, it’s another to have it seen by thousands or millions.

And this is where PR pros’ great ability lies into because this is what we do: We establish and maintain goodwill and mutual understanding between our clients and their publics by building and defending reputations in the most suitable way. Visual storytelling is just a part of that.

With the unbelievably massive amount of content out there, even pitching with infographics or Vine or Instagram will get your press release noticed. This sure is a way of differentiation because visuals have a storytelling power. According to research, 81% of journalists say that a release with a good image increases your chance of it being picked up – that’s quite the number!

Creating visual content is smart because utilising the power of visual storytelling in your communications will allow you to effectively engage with your audiences by transmitting your message in an easy to understand and share way that is fun, cool and simply not boring.

I personally have benefited a lot from images. I created two infographics to visualise the findings of my dissertations (they have both been published on Behind the Spin here and here). This way I managed to generate massive exposure to my research findings and to build a name for myself too. Thanks to my first infographic Richard Bailey, editor of Behind the Spin, mentions me in the bestselling book Share This Too as the only woman among the five students he has listed as early social media adopters and pioneers in “making a name for themselves and kick-starting their careers through blogging and other forms of media”.

Authentic, relevant and compelling visuals are now key to engaging audiences and creating communications that add value. PR pros can so take their efforts to a whole new level.

This is the era of visual consumerism. You might as well exploit it.