How NOT to do Customer Service on Social Media - o2 Germany

Because I work in social 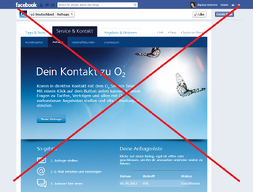 media and communications I know how difficult it is to deal with negative reviews of products or clients, which is why I purposefully try not to express my anger or dissatisfaction with such on the Social Web. However, I recently had a terrible experience (well, I am still having it, as it has not yet been resolved) and it is such a good example of how NOT to do customer service via social media that I couldn’t resist telling you about it.

First, I’d like to ask you a question: Was there a time when you didn’t have internet at home for a while? How long was that and how did you feel?

I just set a record – over two weeks without internet connection! I’ve never been without internet at home for so long… Well, yes, I do have internet on my smartphone, but that’s not enough – you just can’t do everything on it, in many cases a laptop is naturally the preferable device, like for example when writing and publishing a blog post. (If you wonder how I am posting this story, I bought one of those internet USB sticks from Tchibo for this month, although the limit is almost gone and it’s unbelievably slow…)

So, what happened? Well, at the end of August I moved to a new city and a new apartment and because I knew that it takes time for broadband to be installed, I ordered the router and everything from o2 Germany about three weeks in advance, still living at my old place (see, I always plan). I obviously wanted to have internet connection when I moved into my new place, so before I finalised the contract I specifically asked the guy how long it would take for the internet to be installed – he said, “if you order now, then three to four weeks.” A few days after that another man called to confirm my order and personal information and set 30th August as a date for the installation. And I was happy, as this meant only one week tops without internet connection. Well, now I am NOT happy; it has now been a little over a month since I made the order at o2. I am angry, dissatisfied, a little depressed, and, frankly, going crazy... If you follow my blog and other social networks, you know how active I am in the online space.

Anyway, 30th August was approaching, but no one had contacted me to set a time on that day when the technician would come, so I contacted o2. They said that this date was not confirmed a second time, so it was not happening on that day. When I asked when it would happen, they said they didn’t yet know, but they’d let me know as soon as they did. I patiently waited a few days thinking that having sort of complained once they might get back to me quickly. I was wrong! I had to get back to THEM again and ask what the problem was – this time I wrote on their Facebook wall. 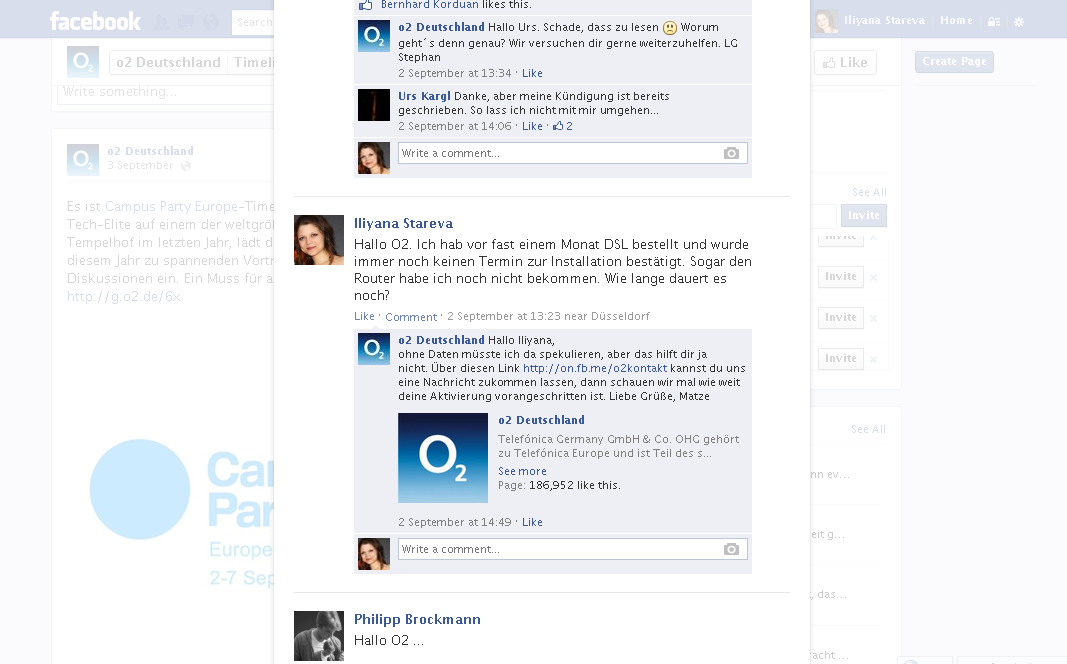 For those who do not speak German I was forwarded to o2’s Facebook app to contact customer support and so I did. The answer that followed didn’t really answer my question. 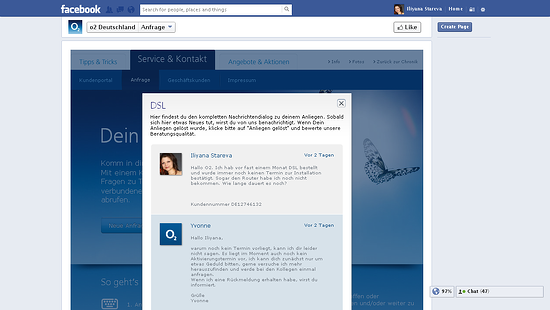 Basically, they told me that they didn’t know what the problem was and apparently they couldn’t find out why I still hadn’t been appointed a date for the internet activation, but promised to let me know as soon as they found out. I thought that after complaining for the second time they might finally get in touch and deal with my issue.

Four days afterwards, still no call or email or Facebook message or whatever. And they do have all my contact data!! So, in a pretty pissed off mood I wrote back to them (and made some mad typos) to ask AGAIN what was going on. 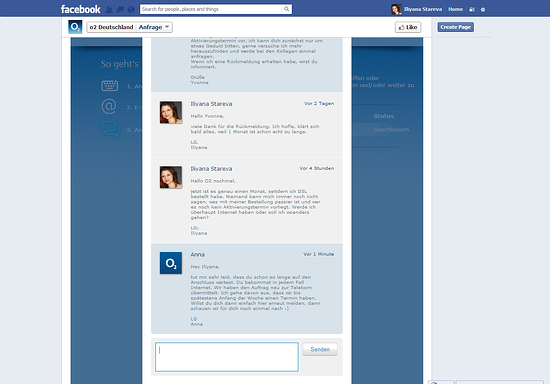 Guess what? Same answer. They don’t know. At least this time they apparently (and hopefully) forwarded my order once again and told me to contact them next week to see if there was any progress. So ME to contact THEM AGAIN! No, that’s not the way to do it. In such a situation with an angry and, frankly, betrayed customer, THEY are the ones that should be contacting ME and solving MY massive problem that THEY created, not ME chasing THEM.

I would have switched to another provider right away, if there was such that offered internet packages that you can cancel every month (if you know of any other, please tell me!). Everyone else offers two-year contracts, which is so totally inflexible. I don’t even know where I am going to be in two years, so I obviously wouldn’t want to pay for a service that I would not actually be using.

Me without internet – it’s a bad picture...